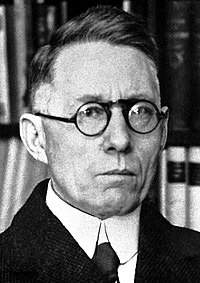 Born in the town of Fars in Himmerland, in the north of Jutland, in the family of the veterinarian Hans Jensen and Maria (Kirstin) Jensen. His father’s broad horizons, his interest in natural sciences, history, anthropology and other subjects was transferred to Johannes, who read a lot in his childhood. Living in the secluded, open winds of Himmerland, from an early age he fell in love with nature, was interested in the life of Danish peasants. Up to the age of 11, the boy was taught by his mother, then for two years he attended a local school, after which he took private lessons in preparation for entering the Viborg Cathedral School.

After studying for 3 years in Viborg, Jensen entered the University of Copenhagen, where he studied medicine and natural sciences, but was more interested in literature. In addition to the Danish writers, the young man read Heine, Zola, Shakespeare. He was greatly impressed by the novels of Knut Hamsun. However, Rudyard Kipling had an even greater influence on the future writer, whose works, according to Jensen, threw open the gates to the world and lifelonged the young man to travels and distant countries.

In his student years, Jensen made a living by writing detective novels that were published in serial editions under the pseudonym Ivar Lykke. At the same time, he worked on the novel “Danes” (“Danskere”, 1896) and made a short trip to the USA for money raised for the book that shocked his standard of living, the development of technology and became the ideal for the progress of the nation .

Encouraged by the literary success of Jensen in 1898 he threw medicine and became a correspondent for the Danish newspaper Politika ("Politiken"), on whose instructions he traveled to Spain to cover the Spanish-American war. Then for several months he served in the army, after which he visited Paris, and in 1902-1903. made a trip around the world; all this time he continued to write books and articles in the "Politics". In the three-volume novel The Fall of the King (Kongens Fald, 1901), the largest Danish historical novel about the life of King Christian II, the mythical and realistic elements are fancifully combined. During these years, the first poetic collection of Jensen's Poems (Digte, 1906) appeared.

In 1912, Jensen again went on a world tour, visited Ceylon, Singapore, Beijing, Mongolia and, finally, New York, from where in 1914 he returned to Copenhagen. Impressions of the trip are described in the book “Introduction to Our Epoch” (“Introduktion til vor Tidsalder”, 1915).

From 1922 to 1924 Jensen has released six volumes of “The Long Journey” (“Den lange Rejse”), a large-scale artistic presentation of his evolutionary theories, where the harsh nature seems to be a stimulus in search of the lost ideal land. The cycle begins with an image of the primitive inhabitants of Jutland and reaches a climax, narrating the discovery of the New World by Christopher Columbus. The “Long Journey” echoes earlier “Myths” (“Myter”), a 12-volume collection of short stories and essays published between 1907 and 1944 and representing the presentation of various scientific and philosophical theories of Jensen.

In 1925, Jensen again traveled to travel - this time to Egypt, Palestine and North Africa. Returning to Copenhagen in 1928, he graduated from "Milestones of Consciousness" ("Andens Stadier"), a philosophical treatise on the evolution of nature and man. Continuing to write prose and poetry, Jensen, however, now paid more attention to essays, in which the influence of Darwinian theories is felt and which is remembered rather by the style of presentation than by scientific insight.

In 1939, Jensen again visited the United States, but the disease after a few months forced him to return to Denmark. Although the writer himself considered himself completely apolitical, he sharply criticized fascism and anti-Semitism, and when Hitler occupied Denmark, Jensen destroyed his diaries and most of his personal correspondence.

In 1944, Jensen was awarded the Nobel Prize in Literature "for the rare strength and richness of poetic imagination combined with intellectual curiosity and originality of the creative style". Because of the war, the traditional ceremony was canceled, but in New York a ceremonial breakfast was given at the expense of the American-Scandinavian Foundation.

Died in Copenhagen, buried in the Bispebjerg cemetery.